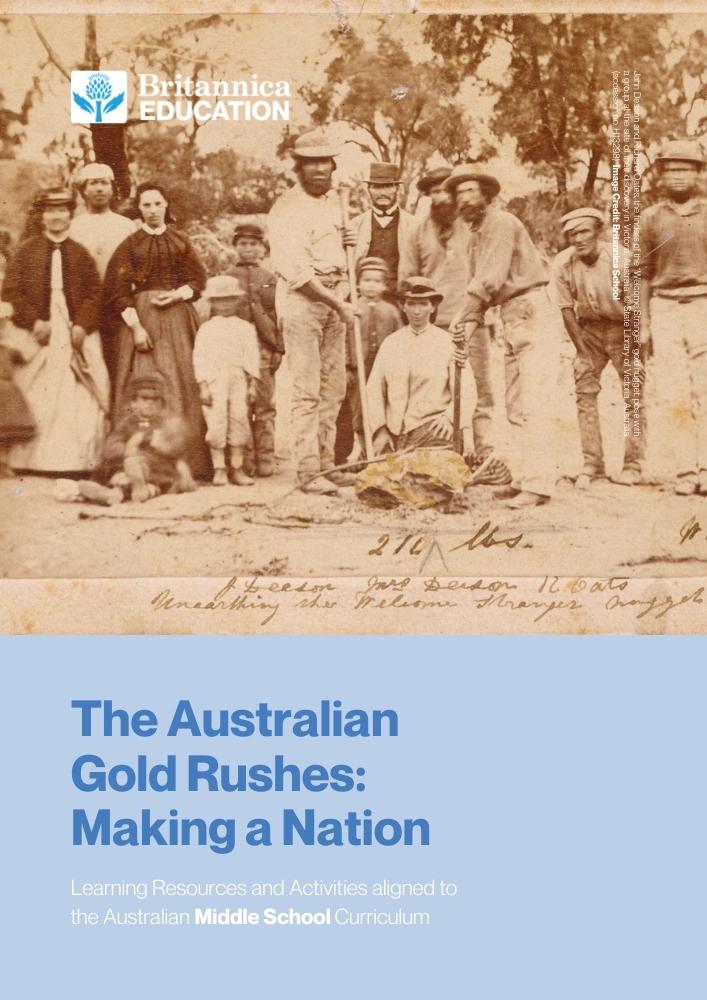 Please fill in this form to receive a download link for the resource, sent to your email address.

Study the gold rushes throughout Australia and how this significant period contributed to the shaping of Australia as a nation.

Before the 1850s, Australia was a remote, little-known colony populated mainly by British convicts. But within months of the discovery of gold in 1851, Australia had an international reputation.

The gold rushes had an immense impact on Australia’s population. News of the 1851 discoveries attracted people from countries around the world. This was Australia’s first taste of a multicultural population.

The changes brought about by the first gold rushes transformed Australia and set its course of development for decades to come. Just 50 years after the fateful find at Bathurst, the British colonies would unite to become the independent Commonwealth of Australia.

Britannica Classroom Support is a series of thematic activity bundles created to support lessons around important curriculum topics and themes. Within each bundle, you will find a Britannica School resource pack containing differentiated, multimedia content related to the set topic, as well as supporting tasks and worksheets.